Is Ivermectin a therapy option for COVID? 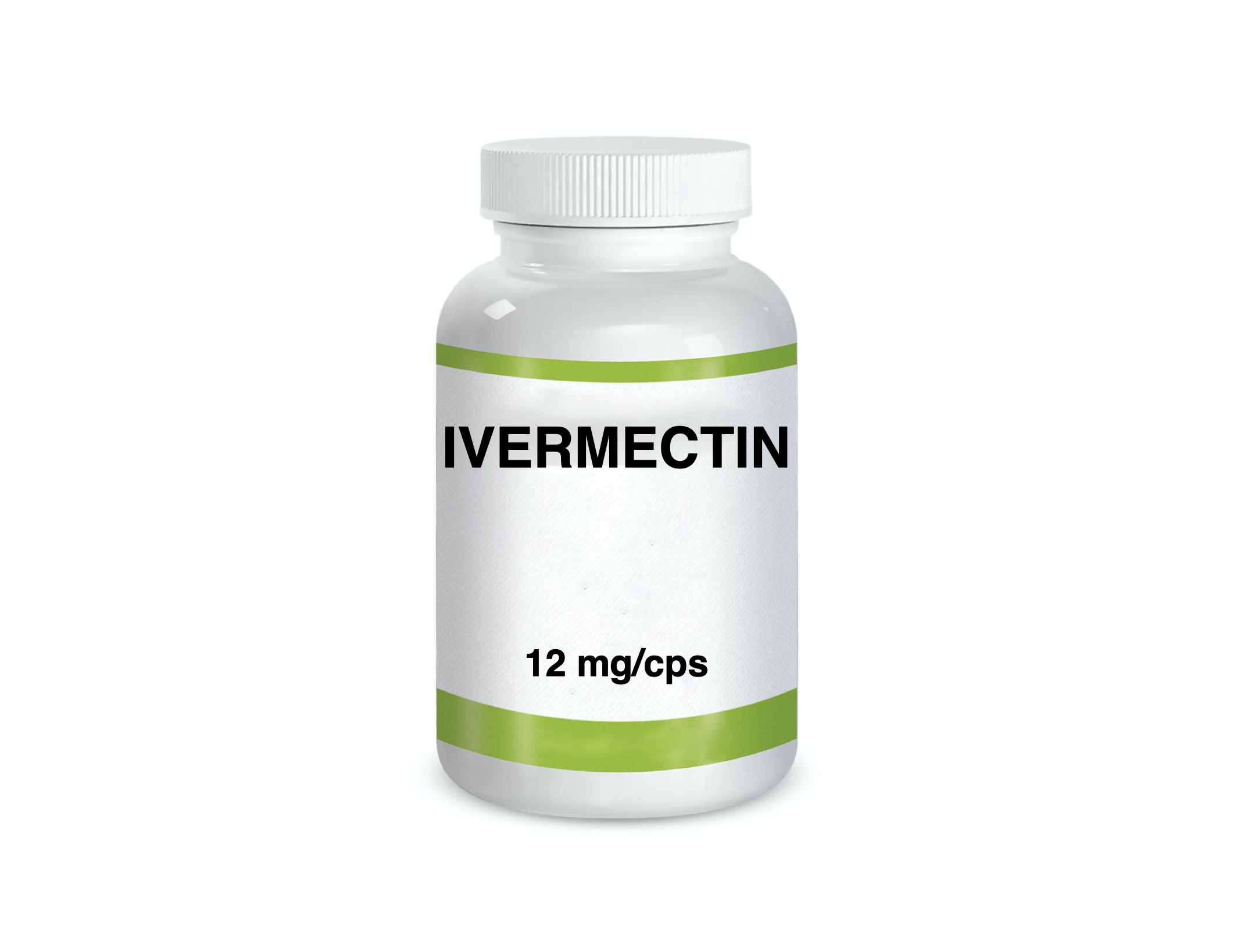 What to expect from this article?

Ivermectin is a drug that most people know as a topical treatment for scabies.

Ivermectin does not only work against ectoparasites (that are on the skin) but also against endoparasites like nematodes.

In veterinary medicine it is used widely: horses and cows in a lot of countries are regularly treated against intestinal worms with Ivermectin.

Moreover Ivermectin has been used in humans by the US parasite expert Dr. Simon Yu for more than 15 years against parasites and chronic diseases. Unfortunately a steep rise in prices and FDA approval issues forced Dr. Simon Yu to switch to other antiparasitics.

Apart from Dr. Retzek from Vöcklabruck in Austria, I as well have repeatedly used Ivermectin as an off-lable-drug against parasites and I can confirm that it is overall very well tolerated.

In the case of treating parasites the secret is a therapy with multiple drugs at the same time: usually 3 to 4. Prior to such a therapy the excreting organs function (liver and kidney) ought to be checked, any alcohol is forbidden during the course of the treatment. Monitoring by lab results is recommended.

Are viruses parasites after all?

Parasites are living  creatures, that are usually smaller than their hosts. Parasites exploit their hosts resources in order to multiply and survive. The relationship between host and parasite is usually harmful to the host.

Viruses are infectious organic structures, but strictly speaking they are not classified as living creatures.

Same as parasites viruses are also absolutely dependent on a host in order to use his “Infrastructure” to survive and replicate. Without a host viruses can not replicate.

Due to this big resemblance in their “way of life” some scientist call viruses obligagtory intracellular parasites.

Australian scientists found out: Ivermectin is effective against SARS-CoV-2

In June 2020 an article from Australia sparked my interest.

In that article the scientists Leon Caly et al1 demonstrated that Ivermectin could successfully inhibit the SARS-CoV-2-replication in vitro (= in the lab, in the petri dish).

The IC50 for an effective treatment with Ivermectin was stated as ~2 μM.

IC50 stands for the concentration of a substance that is necessary to inhibit a certain process – in this case the replication of the virus – by 50%.

What speaks against the use of Ivermectin, theoretically?

So far so good, some of you might object: the human body is not a petri dish, which is true. In the past we had to acknowledge that results achieved in vitro could not be reproduced in vivo (in the living).

Schmith VD et al2 have stated in an article that the approved Ivermectin dose of 200 ug/kg is not the ideal dose for the treatment of COVID. 200 ug per kg bodyweight is equivalent to a dose of 14 mg per day for a standard patient (70 kg). Even after administering 120 mg of Ivermectin the calculated concentration in the lungs was only 0,82 μM, optimally it should have been above 2 μM.

What can be learned from goats regarding dose and application?

Let us keep in mind: according to the above study the subcutaneous administration yielded a much higher concentration in the lung of goats.

What speaks against the use of Ivermectin, practically?

Not much. Even if we accepted that the oral administration of Ivermectin results in a proposed subtherapeutic level in the lungs, this does not mean that it can not work.

Besides we can never know if it is the sufficient plasma and intestinal levels that contribute to a possible inhibiting effect on the complex cytokine cascade that causes the inflammation in case of COVID.

If not, maybe you will be after this study. Taking into account what the studies above stated, Ivermectin is classified as not fit for use against COVID because of its poor accumulation in the lung.

In contrast to those studies, Kunst H et al5 reported in a study on Parasitic Lung Infections that Strongyloidiasis stercoralis (a threadworm) causes the following symptoms:

Regarding the therapy of threadworm the authors state:

“Therapy with Ivermectin is usually effective.” In cases of hyperinfection they recommend repeating the dose.

Usually a single shot treatment with 200 ug/kg7 is sufficient to treat this parasite infection that affects the intestines and the lung.

So what is to be concluded from that?

How well is Ivermectin tolerated?

Very well! An admittedly small study by Guzzo CA et al3 could show that even 10 x the approved dose: 120 mg as a single shot or 60 mg three times a week were tolerated quite well. Patients that received Ivermectin did not have significantly more side effects than patients in the placebo group.

How should Ivermectin be administered?

Until now Ivermectin is only available as a topical creme and for oral use.

Has Ivermectin ever been used subcutaneously in humans?

Yes! Chiodini PL et al6 have successfully used Ivermectin subcutaneously in a desperate case of a 48 year old male with advanced T-Cell-Lymphoma (= a malignant disease of the lymphatic system). The patient was suffering from a Strongyloide infection (threadworm) and was already suffering from an ileus which prevented the orally administered drugs (Ivermectin, Albendazol) to be absorbed. In lack of an alternative and after informed consent the patient was given 6 mg of Ivermectin subcutaneously into each upper arm, equalling 12 mg (2×0,6 ml of a 1% solution that is approved for use in animals). The therapy was tolerated well and the treatment got rid of the parasites. The patient later died due to his lymphoma.

The following types of administration of Ivermectin have been proven effective in diseases affecting the lung:

One should consider the administration through inhalation and iv’s in the future. For that purpose we would need additional safety studies or new formulations.

Treatment of a COVID patient with Ivermectin

I personally have used Ivermectin in one proven, symptomatic COVID patient so far.

The patient, a 72 year old female consulted me in August 2020 when she was on a visit in Germany (coming from the US).

Her medical history so far: apart from a hypothyroidism she was healthy with a normal BMI (160 cm, 60 kg). Upon arrival in Germany she put herself in self-quarantine to wait for her COVID-19 test (PCR from the pharynx) which turned out positive.

At this point she was taking Vitamin D and Thyroxine for her thyroid.

She was symptomatic: she had lost 2 kg of weight, suffered from a general fatigue and was coughing since 7 days. She was coughing during conversations and 1-2 times in an hour she had coughing spells with difficulty breathing.

The cough was dry and she did not suffer from fever.

Her general condition was only slightly reduced.

The peripheral blood oxygen saturation was between 96-98% (so in a normal range).

Ausculation of the lungs showed a creaking sound above the right basal lung that we usually hear in pleurisy cases.

Which dose of Ivermectin should be chosen for use against COVID?

How was she treated?

She was given the same dose of Ivermectin as I have repeatedly used in off-lable antiparasitic protocols for humans (450-550 ug/KG, divided into three thirds, to be taken on an empty stomach three times a day, a third of the daily dose each). Apart from Ivermectin she was also given Vitamin C and Zinc orally (Dr. Retzek has quoted a lot of studies showing the effect of Vitamin C and Zinc in viral diseases).

In detail she was given the following for a course of 10 days:

The further course of the case was as follows:

Of course one can not conclude from one case that Ivermectin did the trick, especially because she was also given Vitamin C and Zinc.

If y’all are asking for a RCT (= randomized controlled study, which is considered the gold standard for clinical trials): it is not happening.

RCT’s are expensive and because Ivermectin is an old drug (no patent) there is not a lot of profit to be expected.

In lack of alternatives, it is upon the physicians to aim for an empirical approach in the treatment of our patients. We should always strive for drugs that are safe, effective and affordable and bear in mind that our next patient could be a relative or a friend.

Which other accompanying treatment options should be considered in COVID cases?

I strongly believe in an integrative, holistic approach in the treatment of my patients.

For future cases I would recommend Ivermectin and add:

Another post will be about ozone treatment options for COVID. Here you can find some of the studies regarding ozone and COVID in advance:

This article reflects my personal opinions and is not in accordance to medical guidelines. The content is not intended as a substitute for professional medical advice, treatment or diagnosis. Always contact your physician or other qualified health provider with any questions you may have regarding a medical condition. Ivermectin for animal use is not safe for human use as the FDA stated.